So, I know I’ve teased this for part of November. Tormented you guys on Instagram and even Facebook about this. And God only knows the literally countless amount of times I’ve pestered Ms. Sarah Delena White herself about it, on messenger, for at least a few years, maybe even more. 😉 (Hey, an Author Bugger’s gotta do her job. And we did become good friends through my pestering, so it WAS worth it. Love you, Sarah!)

Casimir is a star-fae and an alchemist. His abilities include, but are not limited to, illusion-making, light-generation, weapons made of starlight, mesmerism, and of course alchemy.

And my efforts have not been in vain. The favorite minion, head of Tribe Minion, has finally come through, bearing great fruit of great joy from great labors.

Today, my Casimirian brothers and sisters of Casimir’s Minion Tribe, I get to interview our beloved Lord Casimir, himself, in celebration of his new role in Sarah’s sequel to Halayda, Rothana. That’s right–this interview is the next pivotal stop on the Rothana Blog Tour, in celebration for its new release!

To that end, I have compiled several imperative questions months and months in advance, to prepare for this highly anticipated moment in history. Welcome, Lord Casimir. Your minions anxiously have awaited your glorious presence. Please, have a seat in one of the most comfortable, most luxurious chairs we possess. 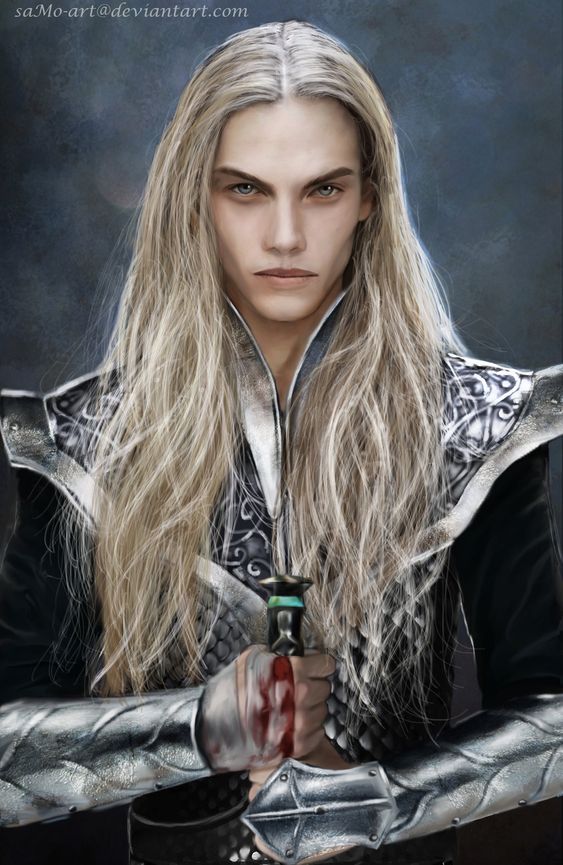 L4G: First, a bit of an icebreaker (though you may despise trivial talk). As some of us have seen from the #1randomquestion posts that Sarah’s been sharing, one of your hobbies (aside from scheming and alchemy, of course) is insect collecting. Why did you start this hobby? Do you collect specific insects, or just dragonflies?

Lord Casimir: “I collect insects of all sorts, though dragonflies are particularly interesting. I enjoy studying them and organizing them into ornate displays on the walls of my laboratories. It’s one of the few activities I find relaxing, as it doesn’t require strategy or foresight or dealing with anyone’s emotions. Unfortunately, I can’t say the same for dealing with Faerie’s Dragonfly.”

L4G: *nods sympathetically* I daresay she likes to make things quite challenging for your plans, but we’ll discuss her more in a bit. Judging from your infamous speeches, you’ve garnered quite a bit of philosophical wisdom over time. Who is your favorite fae or mortal philosopher, and why?

Lord Casimir: “I have little time for philosophers these days. While I once found their discussions interesting, I’ve seen too many of them come and go, and watched the world go on unchanged by their debates. For all their fancy words, they often fail to grasp the true nature of reality. Experience and necessity are the only philosophers I have the leisure to heed.”

L4G: I wonder what the true nature of reality is… I wonder if it has to do with your view of alchemy. How did your interest in alchemy begin, especially since you’re already very clearly skilled in Solasa magic?

Lord Casimir: “I turned to alchemy out of necessity after the rest of the Solasa and I were exiled from Faerie. Fae cannot survive long in the mortal world, with all its iron and smog and little trace of magic. Those of us who could turned to alchemy to bolster our power and help minimize the effects of living in Sabellyn. Soul sense is even rarer among the fae than it is among mortals (yes, contrary to the speculation of mortals, we do have souls). Those of us who have the ability can create powerful potions that are beyond of the capabilities of ordinary alchemists. I eventually used this skill to secure a position in Sabellyn’s upper echelon.”

L4G: Speaking of which, in Sabellyn, there are obviously those with great power and influence. Why choose a college specifically, if you’re aiming for power and overall leadership, rather than a governing position?

Lord Casimir: “What casual observers often fail to realize is that the College of Alchemy is the greatest power in Sabellyn. The Ruling Council is useful, but they’re often mired in debates and formalities. While I could have obtained a seat on the Council, I prefer industry and invention, the true powers that drive the city. As Chancellor of Alchemy, I serve as an advisor to the Ruling Council, which gives me a voice within governing circles without having to be tied to their pettier aspects. It also allows me to keep a lower profile and avoid interacting with members of the fae Court when they visit Sabellyn.”

L4G: …And NOW we circle back to one alchemist in particular, your former prized student, the new Dragonfly. We’ve seen quite a bit of alteration and interaction in your relationship with her, but what is your honest opinion of Sylvie Imanthiya?

Lord Casimir: “She is infuriating. She is a creature of weakness who somehow finds herself at the center of battles. Her idealism is foolish and likely to destroy her. If possible, I would have kept her out of my schemes entirely. She was the last person I wanted involved.”

L4G: *murmurs to self* (I wonder why the latter is… Guess Rothana will cue us in on the answer… 😉 ) We know that in Halayda, you inspire us by trying to take hold of your own destiny, your own fate, and your own realm. In your ideal, perfect world, what is one other major change you’d make, aside from complete control?

Lord Casimir: “You assume I wish for complete control. What I seek is to right the wrongs that have been done to me, to Kyure, and to fate itself. If that requires taking complete control, so be it, but do not think that that is my chief desire. It would merely be convenient.”

L4G: *grins* I’ll bet it would. Sadly, I think we need to wrap up here, because we do have a time limit… *composes self* Lastly, what advice would you give to someone else who also wishes to forge their own destiny?

Lord Casimir: “Consider the consequences of your choices before you make them. Decide whether you can live with the cost.”

Thank you so, so much for joining us today, Lord Casimir!! It has been an incredible privilege and honor in having you on my humble little site today, with your Minion Tribe and Yours Truly. You are truly inspiring. We wish you great success with achieving your goals, and will be there to support you every step of the way!

Interested in reading more of Casimir and Sylvie’s story? Check out book 1 in the Star-Fae Trilogy by Sarah Delena White!

“Betrayed by a trusted mentor, Sylvie Imanthiya hides on the fringes of society, caring for half-fae orphans and trading her alchemical creations on the black market. She lives for the one night each season when she can see her dearest friend—a man whose destiny is far above hers.

King Taylan Ashkalabek knows better than to exchange halayda vows with a mortal. Even their friendship is a risk; love is an impossible dream. Then a brutal alchemical attack poisons his realm, unearthing a dark power within him—and leaving Sylvie with the ancient mark of Faerie’s savior.

Manifesting unpredictable abilities and aided by allies with their own secrets, Sylvie and Taylan journey into the wilds of Faerie to heal the damage and confront Casimir, an invincible star-fae determined to claim the realm as his own. But only their enemy knows Sylvie’s true capabilities—and Taylan’s weaknesses—and how to use them in his vicious schemes.

Her fate is life. His fate is death. With Faerie in the balance, Sylvie and Taylan must stand together before reality as they know it is destroyed.”

And let’s not forget book 2, Rothana!

“A new queen falls. A death lord rises. An ancient foe looms in the shadows.

Sylvie Imanthiya is desperate to lead Faerie well and deepen the bond with her husband, former king Taylan Ashkalabek. But all hope of that vanishes when the Winter Solstice ceremony ends in disaster, stranding her and Taylan in the Deathrealm, and stripping the kingdom from her.

With Faerie in chaos, Zad and Diza are separated once again: Zad to reconcile with an old mentor to stabilize the kingdom, and Diza to confront the nefarious Casimir in the mortal realm. But Casimir claims that a greater evil seeks to destroy both realms, an evil that Diza’s unique death magic can hold at bay—if she could only remember how.

In the Deathrealm, Taylan is succumbing to the lure of specters from his past, and pushing away Sylvie’s love. Overwhelmed by decay and darkness, Sylvie must summon unexpected magic from the soul of Kyure to fight for her convictions and her husband’s heart.

Shadows divide them. Their friends are in peril. If Sylvie fails, her marriage and her world will fall.”

About the author of the Star-Fae Trilogy!

Sarah Delena White was raised by wolves in an alternate dimension. She writes eclectic speculative fiction that reworks mythology with a fine balance of poetry and snark. She’s an experienced world traveler who loves to weave world folklore and ancient concepts into vibrant, original story worlds. She is the administrative manager for Uncommon Universes Press. When she’s not writing, she can be found making elegant designer bead jewelry, traveling to festivals as a professional ballad singer, drinking tea, and seeking to create the perfect latte. She can be bribed with dark chocolate.

Halayda, Rothana, and author pictures and descriptions were all taken from the Uncommon Universes official site, credit goes to them; I OWN NOTHING.

Glorfindel by SaMo-art of Deviantart

Hi, I'm just a girl who likes to write. I'm a highly pro-life Christian, an extroverted INFJ, an official "geekette", and a martial artist who just wants to go through life getting closer to God, making a positive impact in the world for His Glory, and having a good time doing it. :) Profile pic: Aelita Schaeffer, Code Lyoko, source site: http://en.codelyoko.net/aelita-schaeffer.html View all posts by LivGirl